The start of the operation of the North-South All-Rail Corridor, using Sepahran Rail wagons on the route of Sarakhs to Bandar Abbas. 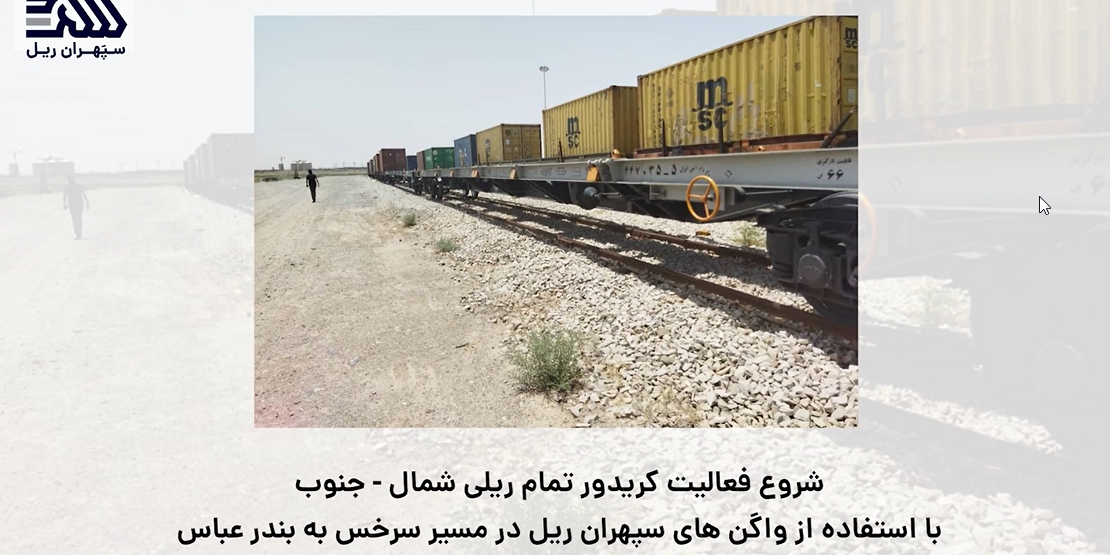 In July of 2022, the first container transit train in the North-South Corridor (Russia-India) entered Iran from the Sarakhs border station. In the internal route of Iran, the wagons of Sepahran Rail Company are the carriers of these containers from the north to the south of Iran.
The 26-meter wagons were designed based on European standards and produced by domestic production capability.
The wagons of Sepahran Rail Company with a loading capacity of 66 tons can load all kinds of containers with various configurations.
At the beginning of this year, the President, the honorable Minister of Roads and Urban Development, and his deputy visited this station. They emphasized this critical opportunity to activate international rail corridors through Iran.

Operation of the Rasht-Caspian railway until September 2022
5 March, 2022